I thought for this weeks post, I would do something a little old-school, and just have a little chat to all of you about the more personal things going on in my life at the moment. Over the next three weeks, I have some very exciting moments coming up, with regards to me graduating high school, and I thought it would be a nice little relaxing sunday afternoon read for many of you. Maybe you live in denmark, and are going to experience some of these things soon as well , or maybe you've already experienced some of these things, and want to think back on the lovely memories, or maybe you're just curious about some specific traditions that the danes have when it's graduation time - either way, I hope you have a nice mug of tea in your hand, and that you are curled up in a comfortable seat, and that you're ready to read.

First lets talk 'Studenterhuer' - that's pronounced - "student-terr-hoo-err", and is basically the danish word for 'Student Caps', and look like the ones on the picture below. 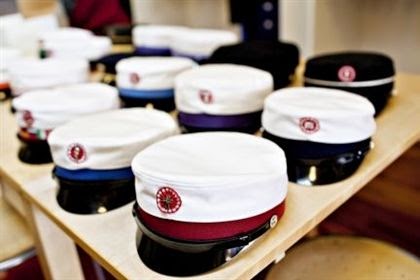 The student caps are actually common in various different European counties, I know for sure that the other Scandinavian countries have them too. In Denmark, every year at around May/June, you start to see these white or black caps, on people's heads everywhere. The people wearing these hats are graduates of high-school, and now wear the hats as a token of the completion of their secondary school education.
The hats all have a different colored band (red, black, purple, dark blue or light blue) which represent the type of secondary school education the individual has completed. Recently, they also introduced a band which has flags from all over the world printed on it (I'll try and find a picture), and this is for the students who've taken an International line of study, such as the International Baccalaureate. This year, I'm getting one of these!!! 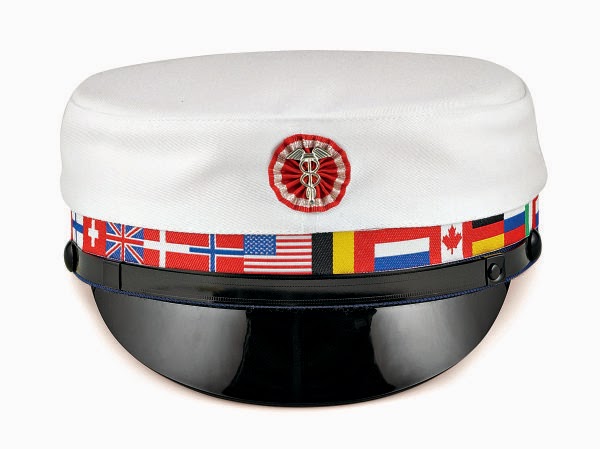 Also as per danish tradition, (adjusted slightly to the IB ways), I will get my hat on the day of my final exam. The idea is that students walk out of their final exam and are greeted by friends and family who present them with flowers and of course the hat.  A few days later however, we have to return the hat to the school, after which there is a big ceremony, where the school admin then presents us with the hats again….Sounds like a lot of effort for just a hat right? But I suppose it's the symbolism behind the hat which makes it worth all the hype.

Then around the end of June (or beginning of June in my school's case), all the graduates from each school mount a truck and spend the day driving from house to house of all the graduates. Traditionally, it was a wagon that the graduates mounted on, but with the increasing number of graduates, now it's moving trucks that are commonly used. The trucks are decorated with green branches (no idea the reasoning behind this), flags, balloons and banners, by the class below, and the teachers, and then the graduating class, all get into the truck, and spend the day driving from one graduate's house to the other, until all, or almost all the graduates' houses have been visited. At each house, the graduates are congratulated by family and friends of the graduate's house that's being visited, and are offered food and drinks, before leaving 15 minute later to drive to the next graduate's house, to do it all over again.
On the streets, cars tend to honk, and people on the sidewalks tend to shout out "Tillykke", as a way of congratulating the graduates. My class is participating in this tradition as well. I've linked below a picture of a group of graduates that were passing by my house last year, so you get the idea... 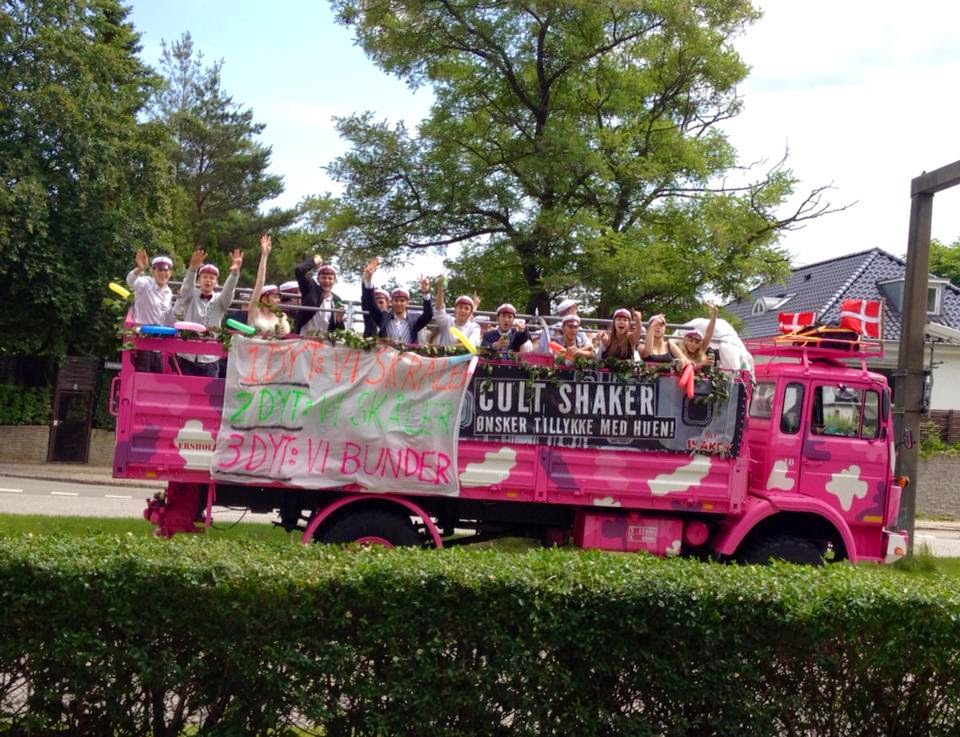 And that's about it for today's lesson on Danish culture and traditions. I hope you liked going back a little to the times where all I did on here was blab on about things going on in my life….I definitely enjoyed writing bout it. I will put up a few posts with my own pictures, after I go through these traditions myself. In the meanwhile, you can look forward to an April favourites coming up soon - it may even be a midweek post if I'm efficient.

I trust that you are all well. Today's post is going to be a little bit different, because I am right in the middle of my exams, and I've just been so busy… I promise, an April favorites will be up as soon as I can (Hopefully that's before the time for May favorites!!) Today's post is going to be quite short and it's about smoothie making in 5 simple steps!
When you're spending hours on end hiding behind stacks of notes and school books, and your main reason for leaving that desk of yours is to actually give an exam (what has my life come to?!), then a healthy smoothie in the morning, or for during your little breaks is the perfect beverage.
I have been having this almost everyday for the past 3 weeks, and it's working wonders on my concentration levels and overall on how healthy I feel.
I say it's a healthy smoothie because it doesn't contain any artificially added sugar, or fats…not because it's going to be loaded with protein powder -- so don't be fooled. It doesn't need any extra sugars, because the fructose from the banana and the strawberry usually make it sweet enough already.
Right let's get to it…


What you need to do:

1. Make sure you have all the ingredients and utensils, and you have washed them all properly. 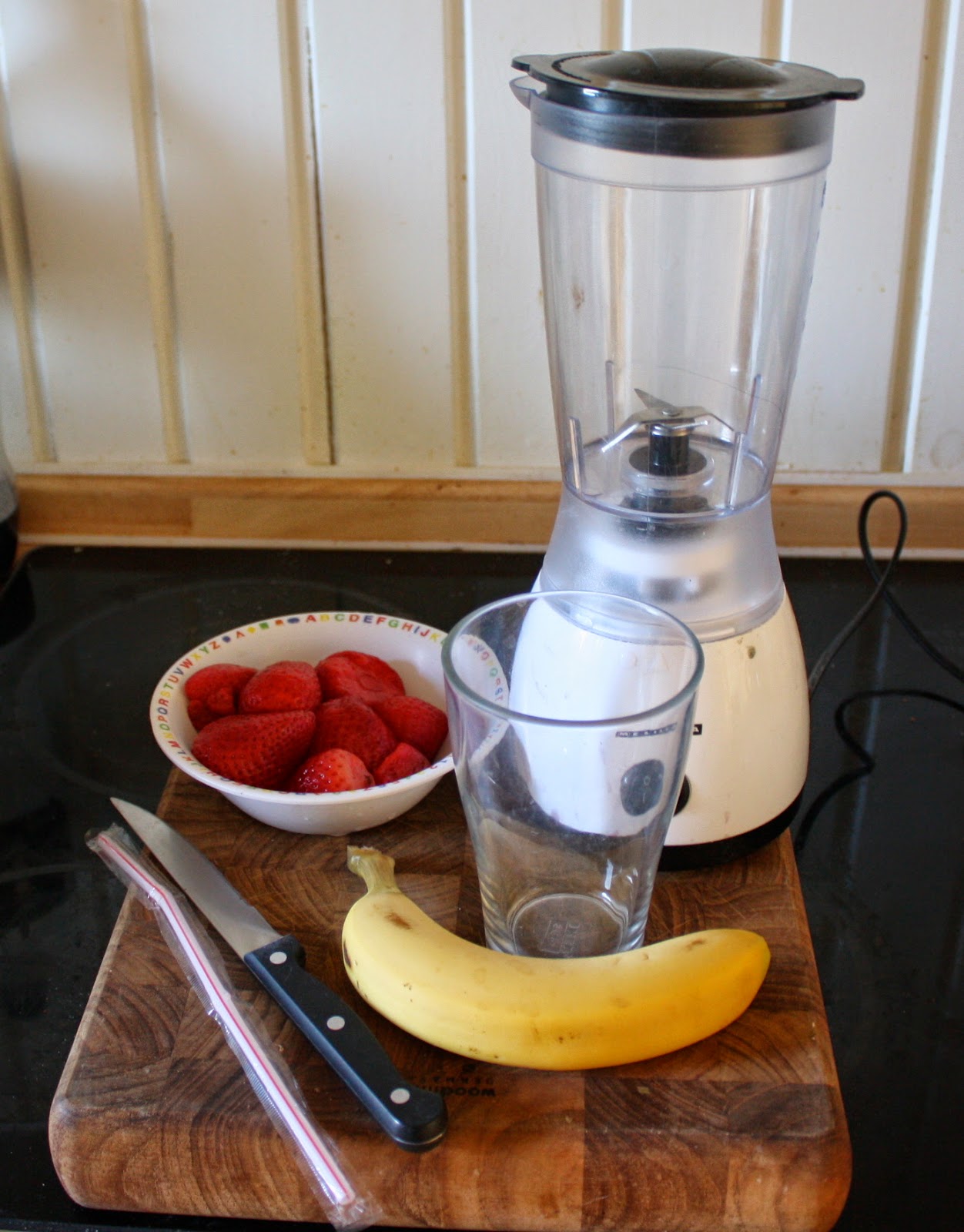 2. After you have done this, take the strawberries, and chop them up into halves or quarters, the smaller the pieces, the easier to blend, the faster it goes. And then pop them into the blender. 3. Then chop up the banana into small circles, and add 'em in to the blender. 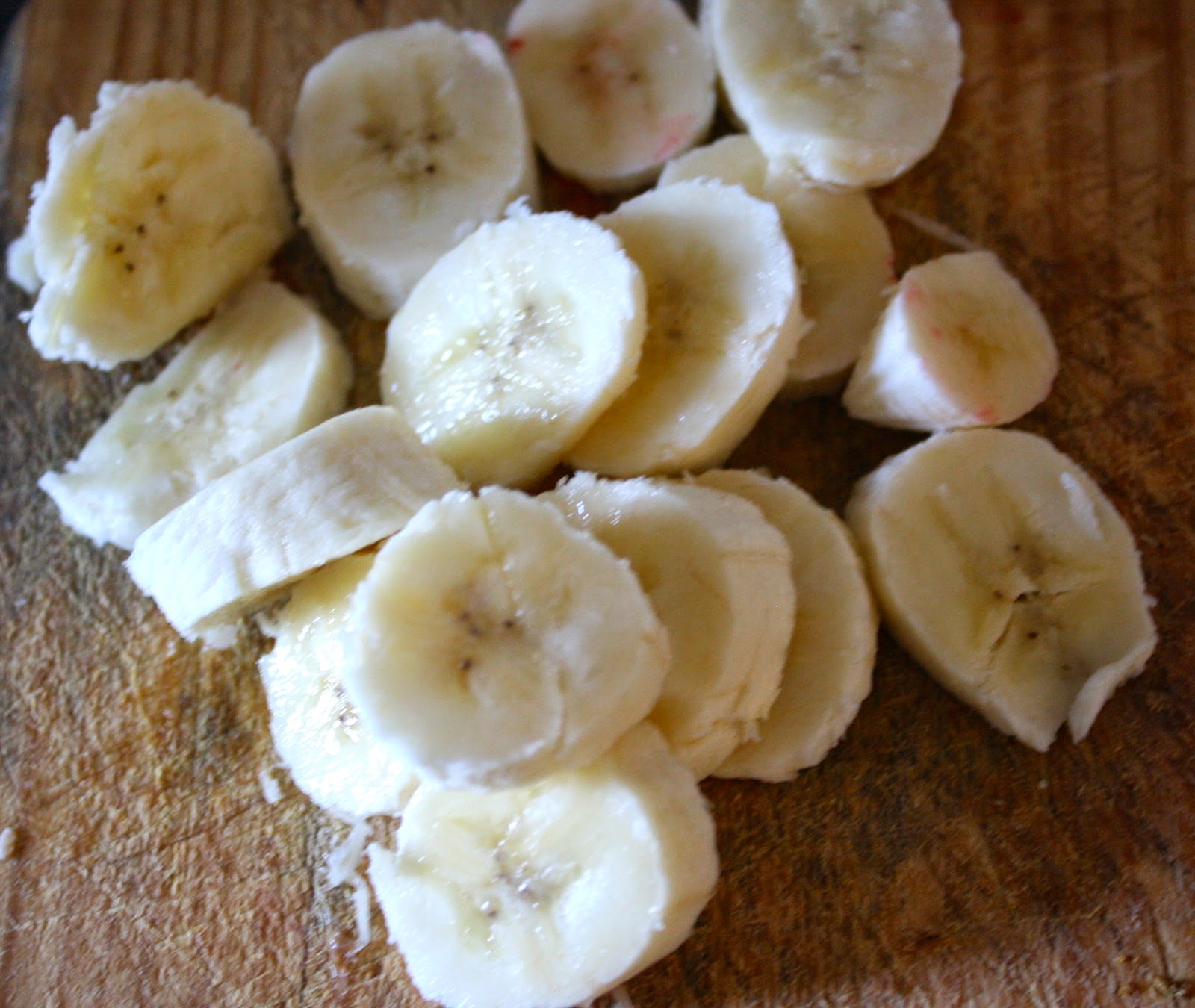 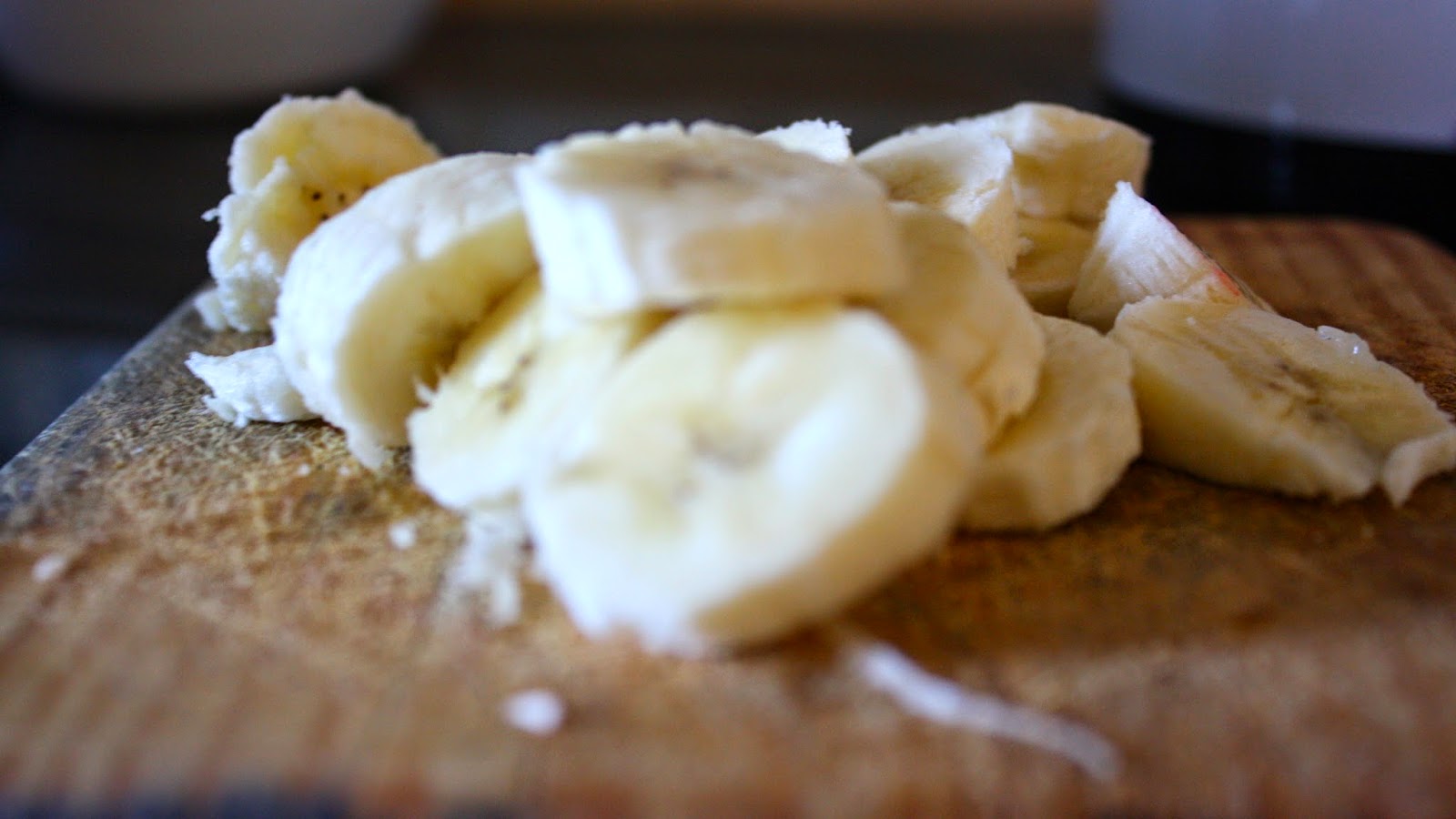 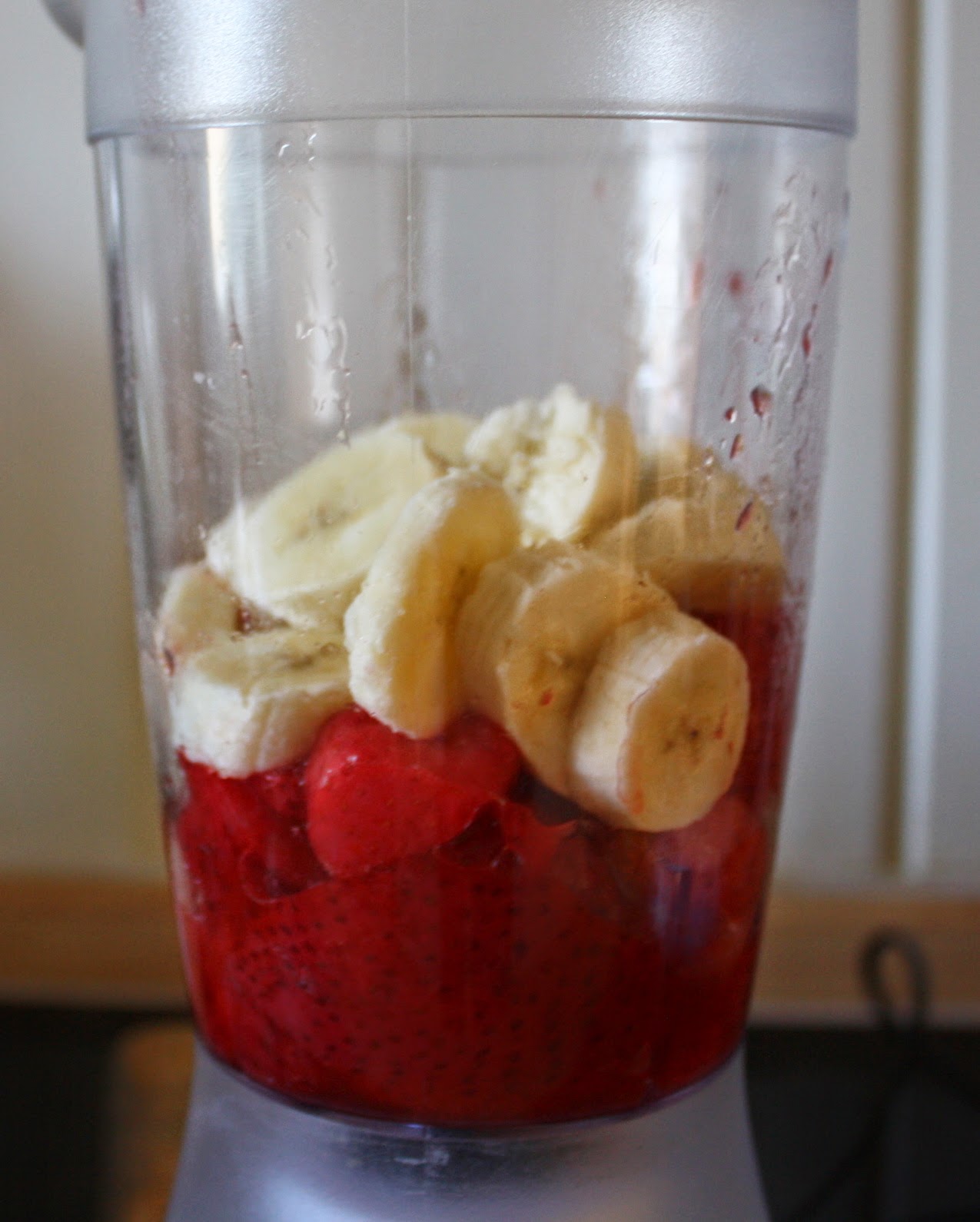 4. Now comes the fun part, turn on your blender and blend it all together (DON'T FORGET TO PUT THE LID ON THE BLENDER BEFORE YOU TURN IT ON!!!!) 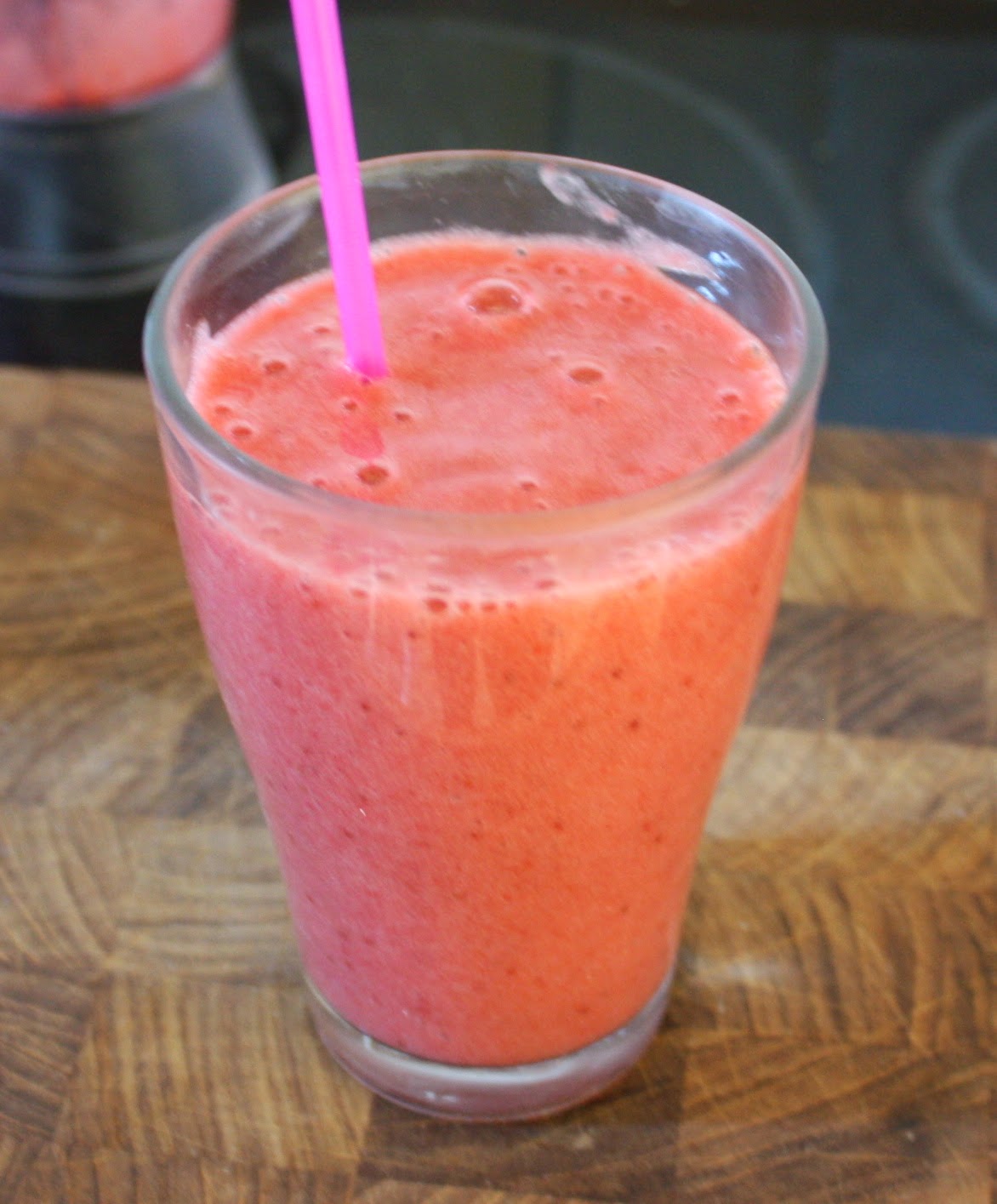 So there you go, I apologize for the short post today, I will bring back my A-game as soon as I'm not busy anymore. I know a lot of you are revising at this time, so I hope that this 5 step smoothie is a quick and easy thing for you to make.

Oh and also, Happy Mother's Day to all you beautiful mother's out there!!

So recently, a lovely little package arrived at my door step, containing a few goodies that I had gotten off the online 'shop jawbreaking' store .
I've actually bought some goodies from them before and many months later they are still some of my absolute favourite items from my closet, so I was beyond ecstatic whilst ordering these new ones.

I am absolutely in love with all the items I got!
The material is so soft, and the fabric is really light so  its perfect for summer this year, and for layering up with on the colder days.

I bought most of my items in the size medium, because I like to have tops which are a bit on the loose end - perfect for pairing up with a tight skirt or shorts. The only one I decided to buy in XL was the unisex "Work Hard, Sleep Harder" t-shirt, because I wanted something really baggy to laze around/sleep in.

Shopjawbreaking has this amazing little treat of having -free shipping worldwide!
It arrived within the standard shipping time.
The only downside, which happens a lot when I order from online stores based outside the EU, was that I had to pay customs when I received the package - so if you're in the EU and planning on shopping from shopjawbreaking or any online store outside the EU, here's your head's up.

It was a nice sunny day, so I thought I would put on my new items and show you guys. I've linked all the items below. 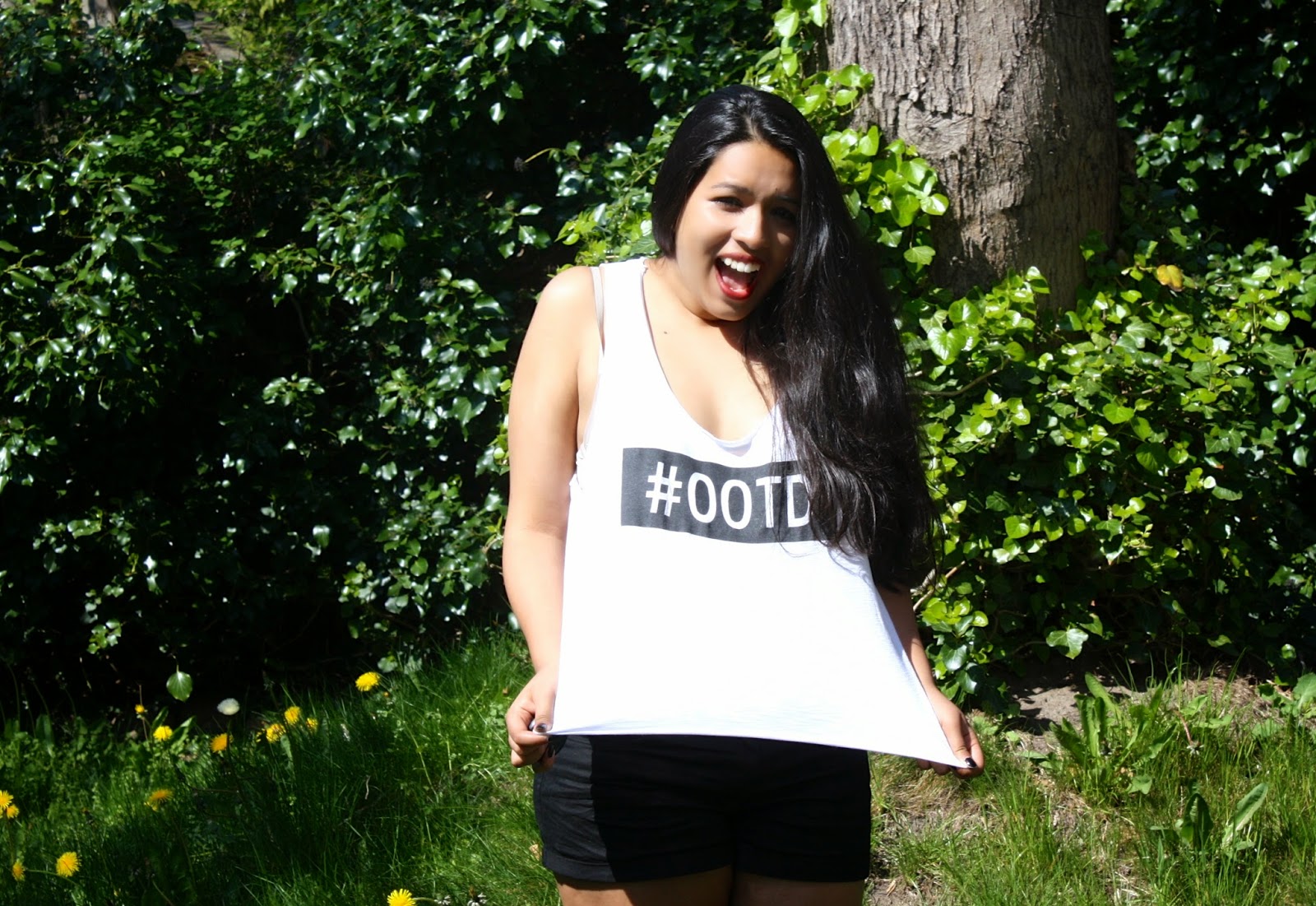 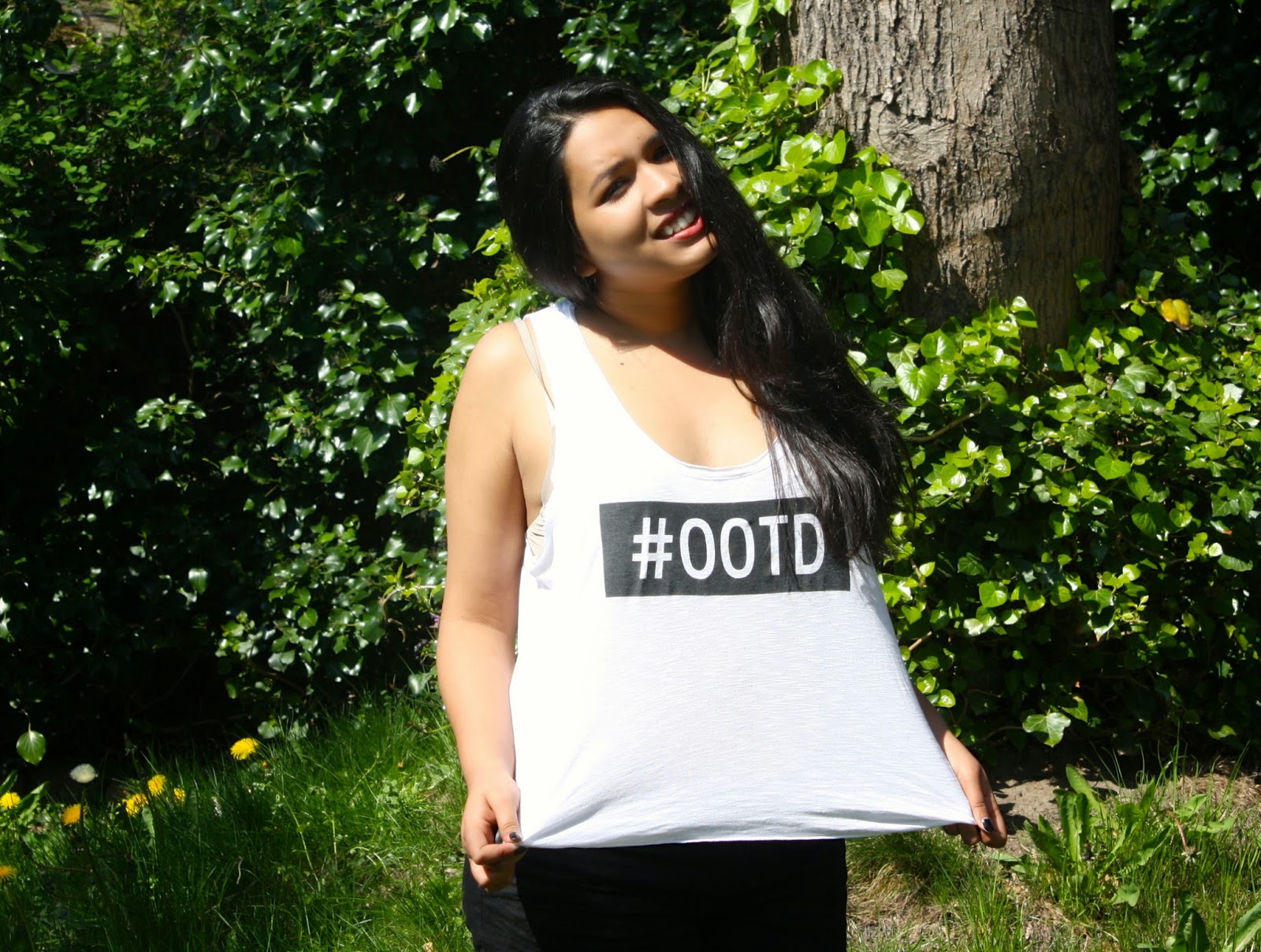 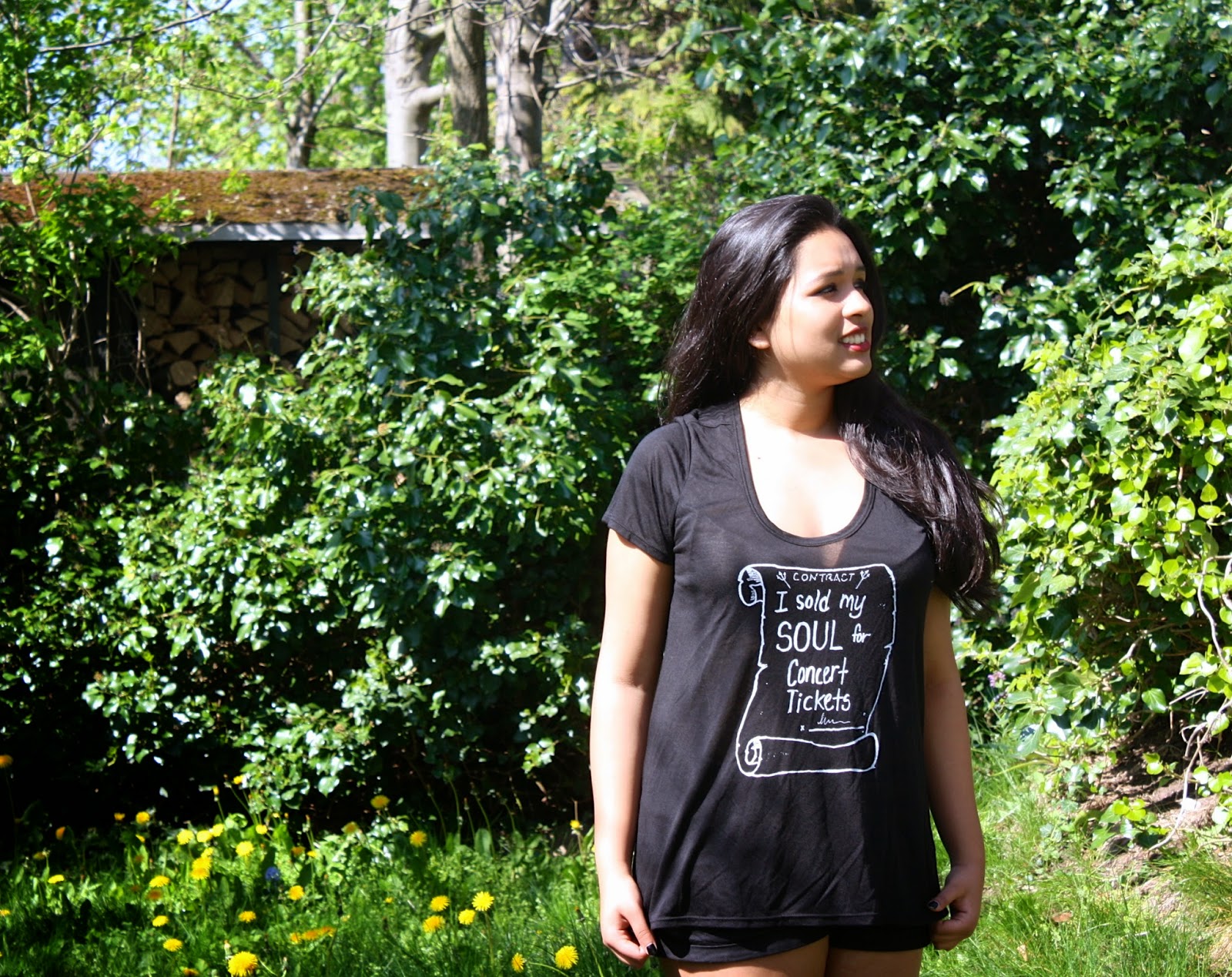 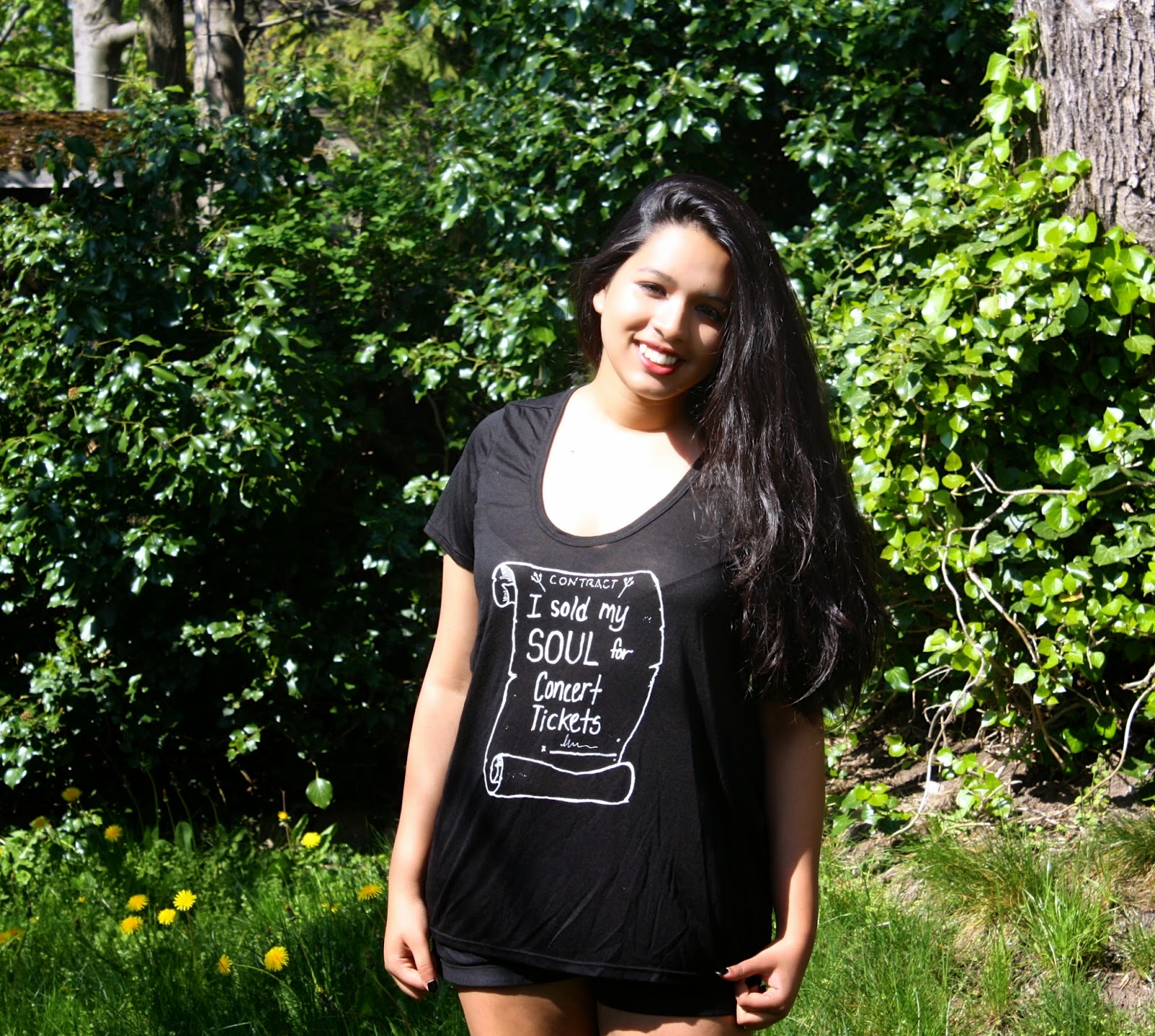 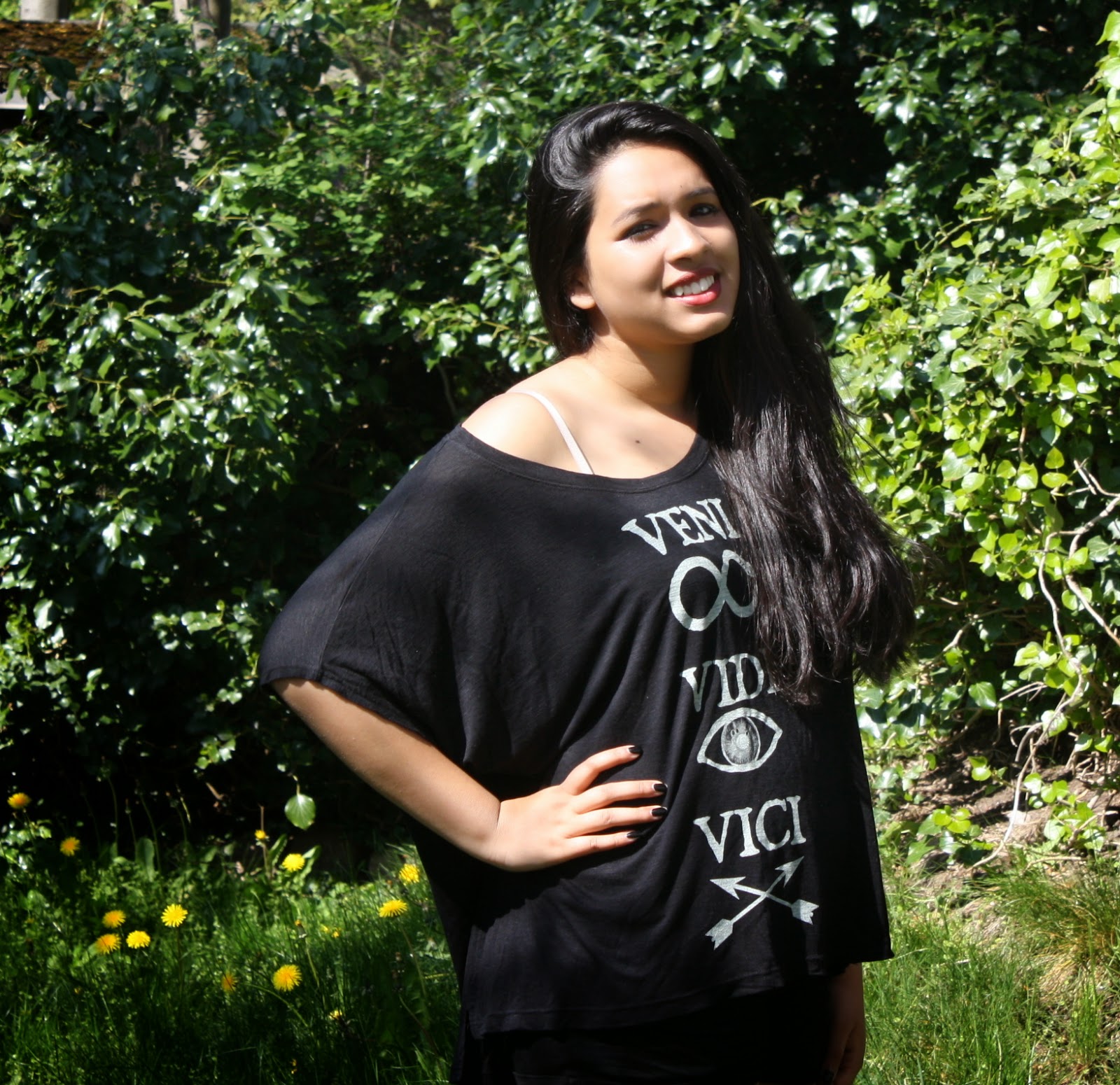 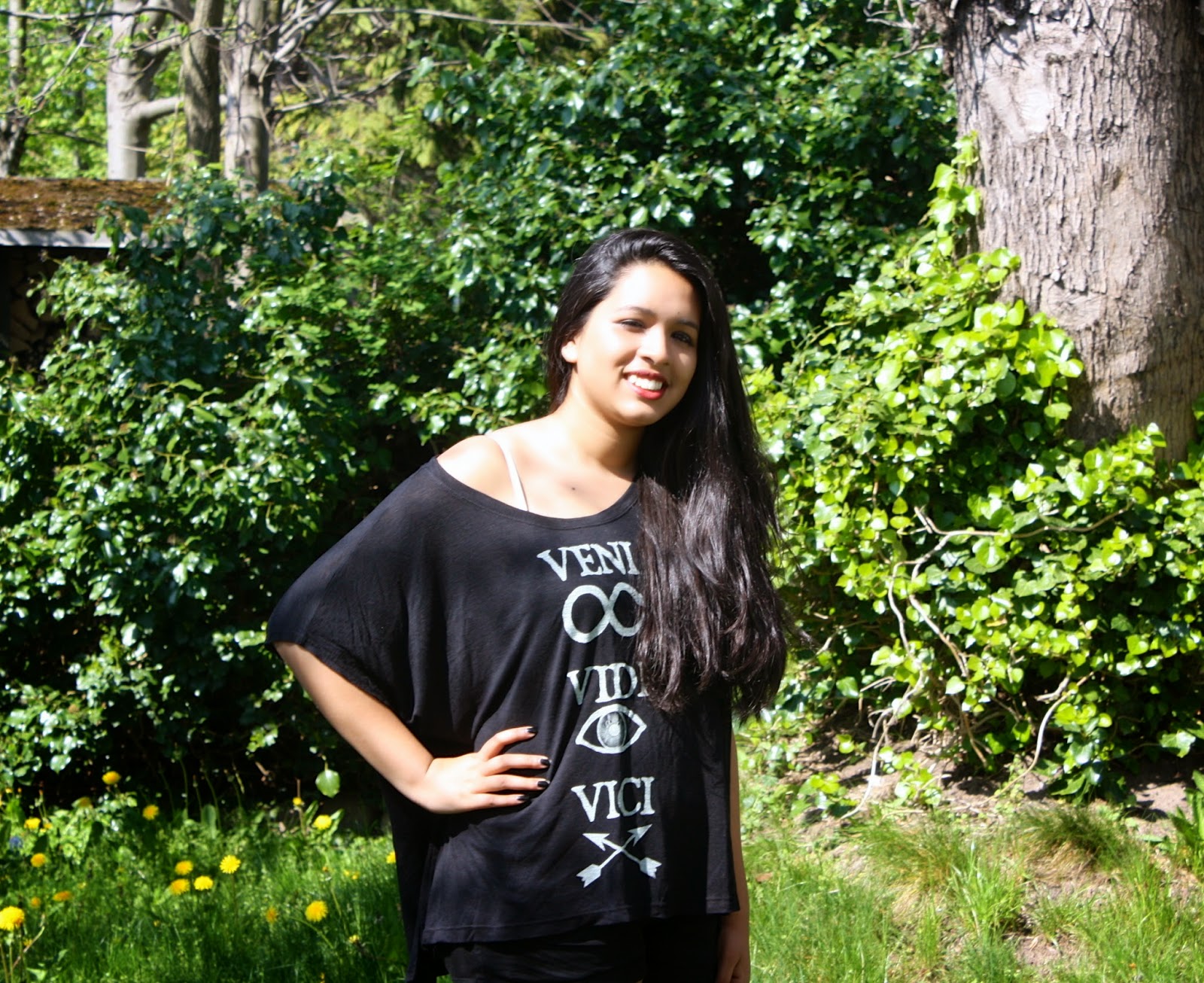 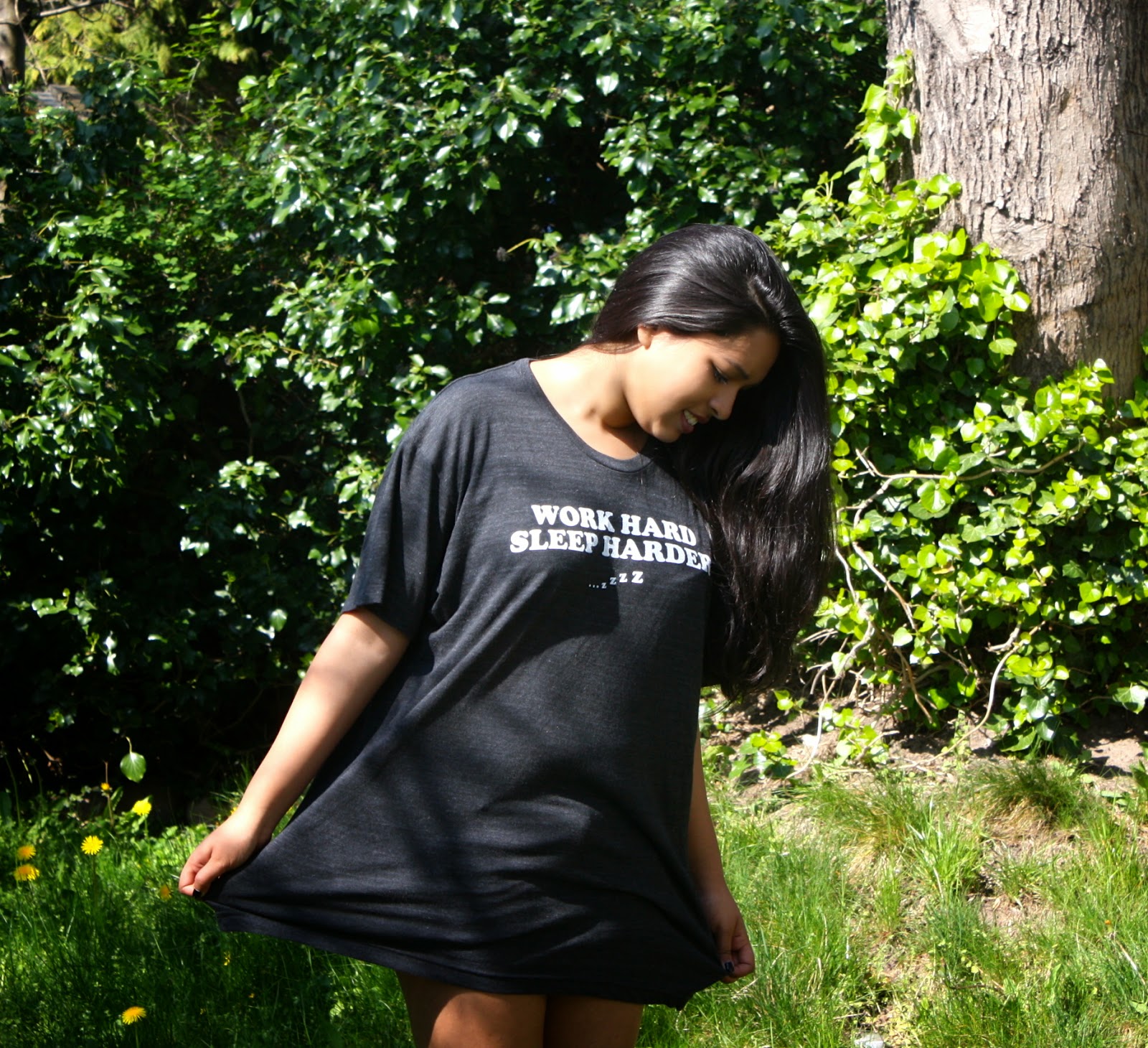